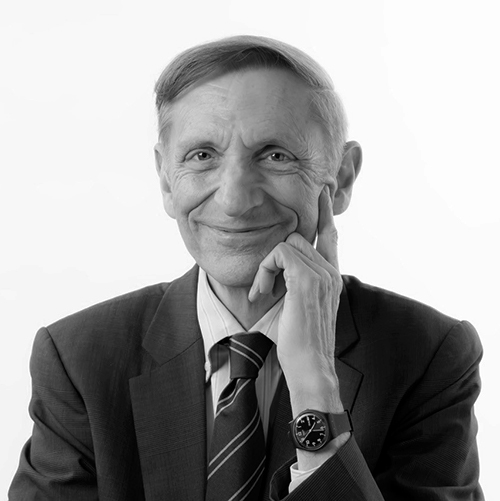 A social entrepreneur with a long record of founding organizations and public service. As the founder and CEO of Ashoka: Innovators for the Public, Bill Drayton has pioneered the field of social entrepreneurship, growing a global association of over 3,900 leading social entrepreneurs who work together to create an ‘Everyone a Changemaker’ world. Ashoka Fellows bring big systems-change to the world’s most urgent social challenges. Over half have changed national policy within five years of launch.

As a student, he founded organizations ranging from Yale Legislative Services to Harvard’s Ashoka Table, an inter-disciplinary weekly forum in the social sciences. After graduation from Harvard, he received an M.A. from Balliol College in Oxford University. In 1970, he graduated from Yale Law School. He worked at McKinsey & Company for ten years and taught at Stanford Law School and Harvard’s Kennedy School of Government. While serving the Carter Administration as Assistant Administrator at the Environmental Protection Agency, he launched many reforms including emissions trading, a fundamental change in regulation that is now the basis of much global as well as US regulatory law, including in fields beyond the environment.

Bill launched Ashoka in 1980; in 1984, he used the stipend he received when elected a MacArthur Fellow to devote himself fully to Ashoka. Bill is Ashoka’s Chief Executive Officer. He also chairs Ashoka’s Youth Venture, Community Greens, and Get America Working! Bill has won numerous awards and honors throughout his career. He has been selected one of America’s Best Leaders by US News & World Report and Harvard’s Center for Public Leadership. In 2011, Drayton won Spain’s prestigious Prince of Asturias Award and, in 2019, Drayton was elected as member of the American Philosophical Society. Other awards include Honorary Doctorates from Yale, NYU and more.