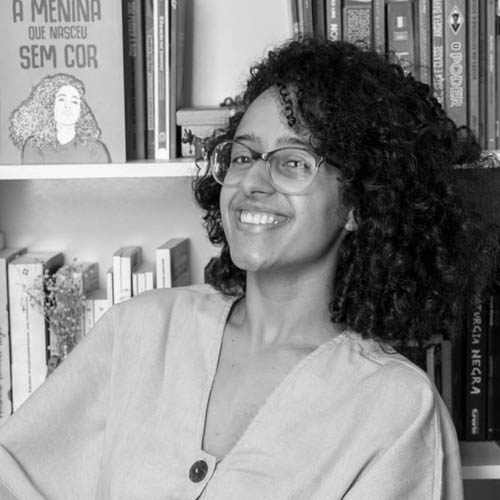 Midria is a Brazilian poet, social studies student at the Universidade de São Paulo and one of the first Ashoka Young Changemakers in her country. Founder of the Slam USPerifa, a spoken word competition that happens inside the space of a public university bringing scholar community and young population from all corners of the city to share poetry and discuss important topics related to society. Has been part of the cultural movement Sarau do Vale ever since she was 16 years old and has been dedicating her efforts to make art a powerful tool for social impact. Currently is also a member of an extension group that works with education based on the pedagogy of Paulo Freire and co-hosts a podcast called Curas Pretas that talks about processes of healing, self-knowledge and expansion of the potencys of being a black woman in this universe. In 2020 Midria is publishing her first two books, one on poetry and a second dedicated to children.